Garlic is a perennial plant of the onion family, with thin, flat leaves, which reach up to 30 cm in length. Its roots reach depths of 50 cm or more. The bulb, with white skin, forms a head divided into sections commonly called cloves. Each head can contain from 6 to 12 cloves, each one of which is wrapped in a thin white or reddish film. Each one of the cloves can lead to new garlic plant. The garlic is particularly characterised by the strong aroma that emanates when it is cut.

It is a variety originally from China that gives more production and size than others although less intensity of flavour and less preservation capacity. There are two varieties: Spring White (large, white and oblate bulbs, and light brown cloves) and Spring Violet (the bulbs show thick stripes of purple colour and the cloves are of a somewhat darker colour).

It is the most traditional and common garlic. With a mild taste and persistent aroma, it is larger than the Purple Garlic and it also matures before the latter. It has good preservation, is of late harvest and good productivity although it is especially sensitive to freezing. The white garlic heads usually have more cloves than other types and are more fleshy; they are white and are covered with a silvery parchment-like wrapping.

This is Agrigar’s star product. It is the typical variety of Las Pedroñeras, which is the best land in Europe for growing this variety of garlic. It is characterised by being one of the mildest garlic types. The tunics or exterior skins are white and the colour of the garlic clove is reddish. They have regular and thick cloves, but the heads are not as large as the White Garlic or Spring Garlic. They are differentiated by the colour of their coating and they mature before the white garlic. It is the best variety for marketing due to its quality and flavour. 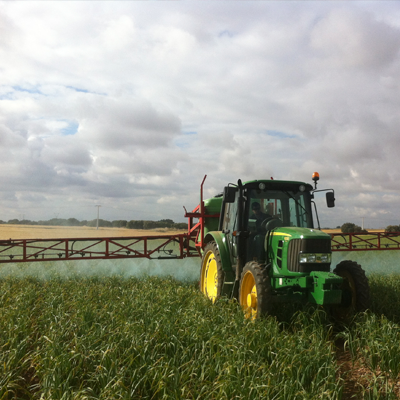 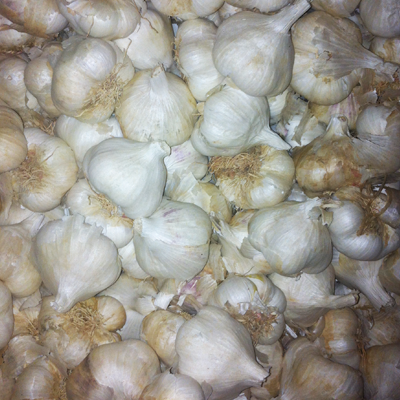 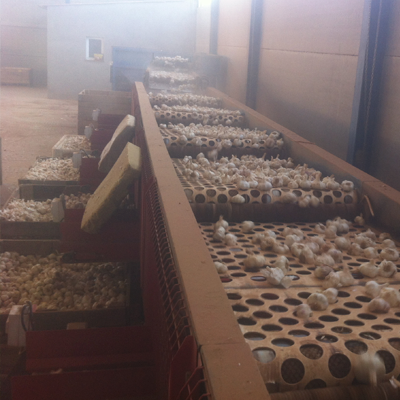 PRIMERA – 37-45mm
FLOR – 45-50mm
SÚPERFLOR – 50-55mm
EXTRAFLOR – 55-60mm
YUMBO – 60-65mm
ELEFANTE – 65 and up
EXTRA – It is the perfect garlic in all the varieties because it has no culls
FIRST – Practically the same as the EXTRA..
SECOND – This garlic can include any imperfection in the head, missing clove or lack of layers.
CULL – That which is not suitable for any of the previous ones.
We are a company very specialised in dealing with large retailers. Nonetheless, one of our fundamental values is the capacity to adapt to the needs of our customers.

If you require another type of packaging, ask us for a proposal in any case.

The health properties of garlic as a condiment and medicine were already well known by the ancient Egyptians, Hebrews, Greeks and Romans. Although its origin is uncertain, it is believed to have come from Asia, and from there extending to Europe, and later towards America, by means of the Spanish conquistadors. During the different ages of History, it has had different uses, for example: in Egypt it was consumed by the slaves that worked in the construction of the pyramids, since they attributed fortifying and invigorating properties to it. During the time of ancient Greece and Rome, it was consumed mainly by soldiers, sailors and peasants.
In the Middle Ages it was used for therapeutic purposes, generally to combat bacterial illnesses. During the First World War it was used as an external antiseptic to disinfect wounds when the usual antiseptics were not available.

Currently it is cultivated and consumed worldwide and also used as a component of many pharmaceutical prescriptions. Although its therapeutic use has been set aside in favour of its use as a condiment..