Agrigar also produces and markets onions of the Long-Day Reca variety, fundamentally packaged in 25-kg sacks. Nonetheless, one of our values is the flexibility for which you may request the packaging that you prefer and we will try to offer it to you.

Allium cepa, commonly known as onion, is an herbaceous biennial plant belonging to the family of Amaryllidaceae. It is the most widely cultivate species of the Allium genus, which contains various other species that are called “onions” and that are cultivated as food. The bulb of the onion is composed of cells that have a relatively large size and have long or oval shapes. These cells are joined together by a substance called pectin (which is produced by the cell wall), whose function is to give it firm structure and protection of the “fruit” of the allium cepa. Another very important characteristic of the bulb is that its structure consists mostly of leaves; that is, the normal leaves of the plant, that emerge from a short stem or a barely perceptible disc, and whose nodes and internodes are very close together. These leaves are distinguished in reserve foliar bases or sheaths and in protection sheaths (parchment-like leaves that cover the entire bulb). By cutting up or breaking its cells some amino acids with sulphide groups come in contact with some specific enzymes and produce Thiopropanal sulfoxide, which is an irritating substance that has as its purpose to defend it against predators. That is the reason for which it is advisable to cut it under a stream of water. 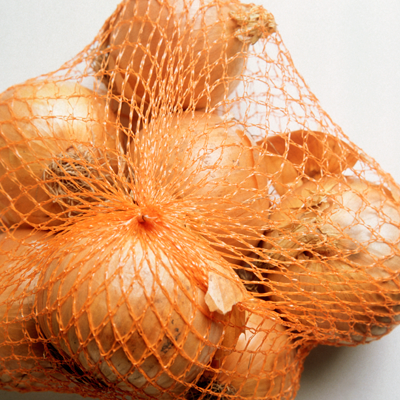 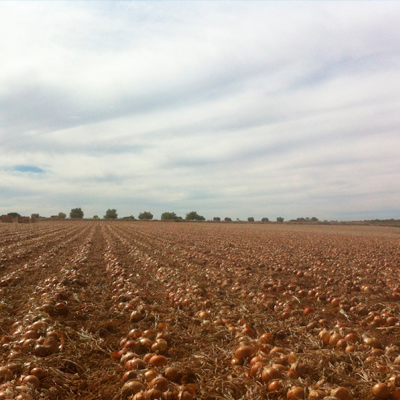 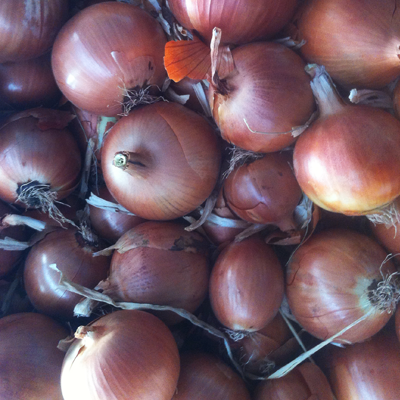 The onion is among the first plants cultivated. Its origin is situated in Central Asia. Its entrance in Europe by the Greeks and Romans is more certain. The provençal sauce is derived from a food preparation used often among the gladiators and legionnaires: a mixture of garlic, onion and olive oil with the possible addition of bay leaves, parsley, basil, rosemary.

The onion is a food that should definitively be included in our diet. It has a strong action again rheumatism, similar to garlic (both are found in the same taxonomic family). This dissolves the uric acid (responsible for gout, which affects the kidneys and joints), fights against infections thanks to its salts of soda and its potash, which alkalise the blood.

The onion helps to prevent osteoporosis, thanks to its high content of flavonoid quercetin, antioxidant of the family of polyphenols, whose activity is superior to that of isoflavones. Its other principal virtues are:

• The same abundance of quercetin protects the cardiovascular system.
• Limitation of the infiltrations of serous liquid in the organs, which are in danger of provoking oedemas.
• Demonstrated effectiveness on the urinary system and on the prostate, the best transit, the limitation of infections.

• Phosphorus, “facilitating” intellectual work,
• Silicon, which improves the elasticity for the arteries and compounds that aid in setting calcium in the bones,
• Without mentioning its vitamins A, B, C, plus the benefits of sulphur, iron, iodine, potassium and moderate doses of sodium.